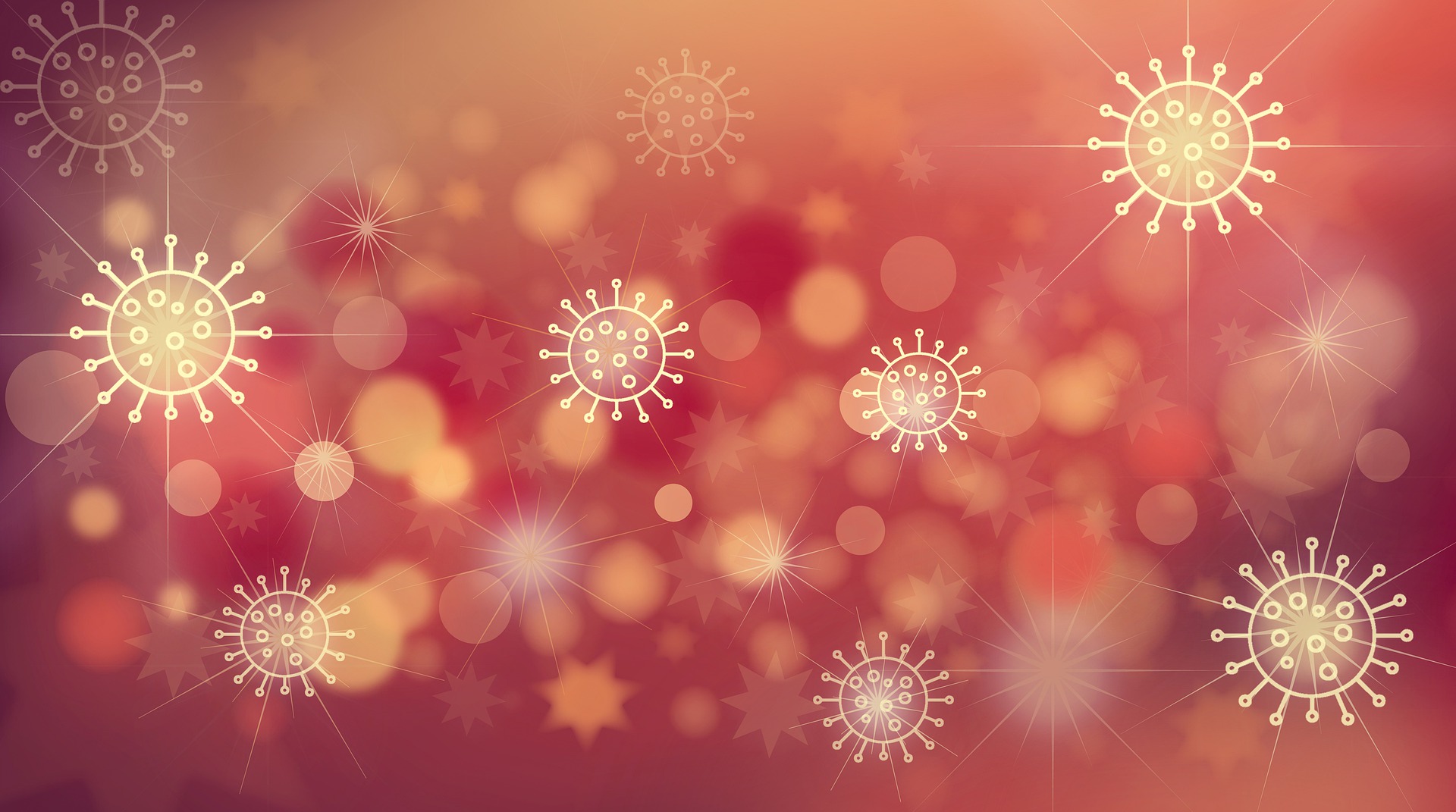 Last week I heard a lecture by Prof. Roland Wiesendanger, a physicist at the University of Hamburg. He spoke at a workshop at the University of Trier on “Conscience” organized by Mrs. Henrieke Stahl at the Institute of Slavic Studies, who is also the spokesperson for the group “7 Arguments Against Compulsory Vaccination.”

SARS-CoV-2 and the gain-of-function research

In his presentation, Prof Wiesendanger mentioned his research on the origin of the SARS-CoV-2 virus, which is available as a research document as a preprint. His work demonstrates that the virus most likely comes from gain-of-function research. The aim of this research is to modify viruses and bacteria and study their altered properties. My interviewees in my current interview study who are knowledgeable about these issues were unanimous in their opinion and made some very firm arguments that I will not list here. One of my last interviewees sits on the US military’s Covid-19 Task Force and thus in a sense represents the externally transportable opinion of the Department of Defence in the USA (because he first has to clarify what he says via his Security Clearance). He casually mentioned “gain-of-function” research as the origin of the virus. Of course, he glossed over it and said that this gain-of-function research was necessary in order to understand how the ever-increasing contact area of humans with animal habitats that have hardly been touched so far can lead to hazards. But that means nothing other than: We want to find out how the viruses in nature, which are not yet known, will behave in interaction with humans, and that is why we are researching them. The plan, according to Prof. Wiesendanger, is obviously to sequence the genome of several hundred thousand such, as yet unknown viruses in the next few years. And that also means: to examine them to see whether and to what extent the viruses can become dangerous. It is easy to imagine that in one case or another this could also lead to research with the headline: “What if…” such a virus would contain this or that other gene from humans or mice.

Interestingly, my interlocutor from the US also spoke of how it is now clear that this SARS-CoV-2 virus escaped from the Wuhan virus lab “because they were working at an inadequate security level there.” There are, in fact, four safety levels in total. Biosafety Level (BSL1) means: no danger. BSL 2 means: little general danger and somewhat higher safety precautions. The really dangerous manipulations and research are carried out in safety level 3 and 4 laboratories. The research in Wuhan was at level 2, according to my interlocutor, and should have happened at level 3 or 4. Incidentally, his version of why the virus was so well adapted to humans is a slightly different one from those of the classic gain-of-function versions found in Wiesendanger and others. My US interlocutor was of the opinion that the accidental release of the virus from the lab probably happened much earlier than September/October 2019. The virus had had sufficient time to travel around the world several times, acquiring more virulence – i.e. contagiousness and dangerousness – as it became better at adapting to humans. This also explains why there were only a few cases at first, but then more and more, and why the Wuhan Military Games in October 2019 could then become an international hub, from Wuhan to the USA and back, so to speak.

The arguments I am aware of, and which Prof. Wiesendanger also presented, speak more in favour of direct tinkering in the laboratory, which explains the adaptation to humans. But I don’t want to pursue that at all now. What I find interesting is the question that his lecture raised: Must we, do we want to, as a civil community simply accept as natural the risks that this kind of research entails? These are above all the laboratory accidents that occur in the context of gain-of-function research, i.e. by deliberately changing the properties of a virus or bacterium. Such laboratory accidents had apparently already happened with other viruses, SARS-CoV-1, MERS, flu viruses, Mr Wiesendanger lectured. They are also at the root of the SARS-Co-V-2 and Covid-19 pandemics.

The scandal and gain-of-function research in Germany

The scandal is a multiple one. Firstly, that a whole squad of high-profile researchers tried to cover up the fact of a laboratory origin of the SARS-CoV-2 virus and got away with it, thanks to a science-loving media landscape incapable of criticism; a very good summary makes this clear. Rarely before has such a brazen lie succeeded in becoming mainstream political opinion worldwide for so long. The second aspect of this scandal is that hardly anyone names the fact that this gain-of-function research has been outsourced from the US to China. It is one thing whether we can get screws made cheaper in China. It is another thing whether we outsource risky research there because it would not be politically or legally acceptable in our country. But that is what has happened. Because without US money and knowledge, I don’t think it could have happened.

What for me (as a German citizen) is the even greater scandal is the fact that such research is also being carried out in Germany, funded by taxpayers’ money, i.e. by all of us, and no one is crying out. “Kleine Anfrage” is a specific type of parliamentary inquiry in Germany, as opposed to a “große Anfrage,” which is a more extensive request for information that requires a more detailed response from the government. A series of “kleine Anfragen” has made it clear that the federal government is funding this research in Germany with federal money, thinks this is a good thing, and apparently does not feel the need to keep a register or exercise any other control over it.

Another interviewee I spoke with told me that the German government had funded research similar to that conducted in Wuhan at German research institutes years ago. Mr Wiesendanger said that such projects were currently being funded at Charité and other universities.

I think that in the context of this pandemic, there should be a broad social discourse on whether we really want this kind of research with public funding, i.e. financed by tax money. Whether the supposed advantage of such research justifies the dangers and problems that may be associated with it. As early as February, a whole series of high-ranking scientists called for a stop to this research. I don’t see that a broad discourse has emerged from this.

Nuclear research also had such a dual use aspect: One could develop weapons, and one could build power plants. Both are still highly controversial. We have come a long way in developing power plant technology and I think it is legitimate to debate whether or not to use it, although my humble and probably ill-informed opinion is that such use is difficult until we have solved the waste problem. On weapons, there seems to be a general reluctance, at least among citizens, since the horrors of Hiroshima and Nagasaki showed where that leads. That the nuclear powers ignore the majority will of the citizenry – in the wake of power and military arguments – is another matter. All this shows how difficult it is to contain a dangerous technology once it has cleared the appropriate hurdles, once structures have emerged, once habituation effects have occurred.

Now, with “dual use” gain-of-function research, there is actually no real discernible civilian advantage that could still have been claimed with nuclear research, pointing to the energy gain. In the civilian axis of gain-of-function research, one can only point to very abstract gains in knowledge. These mainly benefit the researchers, who can use them to write high-ranking publications that are actually of little relevance to social progress. The general public gets very little out of it. The argument is always that some “bioterrorist”, whoever that might be, could use such a bioweapon, and we would then be prepared. It’s a bit like handing out knives and pistols in schools, because it could be that some crazy person comes and goes on a rampage. So that pupils and teachers can defend themselves. Everyone can imagine that this would not increase security at schools, but dramatically worsen it.

It is the same with the civilian arm of gain-of-function research: the supposed benefits are very abstract and can only be salvaged with a lot of media effort or cover-up tactics. The dangers are obvious and palpable.

Therefore, I think it is necessary for us to launch a campaign in which

That would be my wishes for Christmas. Speaking of

Christmas is a celebration from the margins. One of my insights in the history of science has shown me that historically important changes come from the margins, only sometimes from the centre. Rome: first a small settlement on the edge of the great Etruscan cultural sphere of influence, and later a land power on the edge of the vast Carthaginian sea power sphere. It swallowed everything, Etruria, Carthage, Greece, Asia Minor, Gaul.

Christmas is the celebration of a birth on the edge. In a stable. On the fringe of Jewish culture, on the fringe of Roman power, on the fringe of the ancient world. The historical Jesus is a marginal figure about whom there is hardly any historical evidence except in Flavius Josephus and the Gospels themselves. And from this fringe emanated a cultural-spiritual and religious revolution, driven by a few fanatics whom we later called apostles.

What we are experiencing today is something very similar, with a negative sign, i.e. with a very great potential danger: an absolute fringe of science is holding the whole world hostage. A small group of science believers and fanatics is trying to install a new kind of religion via press presence and media impact, a science religion that sells itself as the “scientific worldview”. We saw it in action during the Corona crisis: Science was quoted only selectively, inappropriate opinions were shot into the abyss by the media and their representatives so intimidated that others dared not leave the house and kept their mouths shut. A raw new technology, preventive gene therapy, euphemistically sold as “vaccination”, became the new sacrament of salvation and redemption. People received the new seal of the elect, digital or other certificates/passports. And the final redemption, the second coming, is just around the corner. It will take place when all the Corona deniers, anti-scientists, dissenters, seekers of refuge …<insert appropriate terms>… are banished to some island and leave the rest, the redeemed, in peace.

To be honest, I don’t give a damn about such a vision of salvation. More specifically, I’d rather be on the Isle of the Damned. Because that would probably be the more humane of the human race. And Christmas is actually a celebration of becoming human, it was once said.