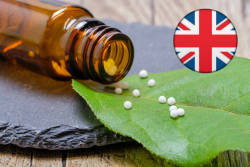 This is a text which I have written in response to a call by some VOLT-actitivists that the VOLT-Party (a new pan-European party) should support the ban on homoepathy, on the grounds of an alleged death of a child by homeopathy in Italy.

There is an anti-homeopathy campaign ongoing currently in which most arguments used are either wrong or distorted (see below). Supporting such a campaign would simply be plain stupid. The most sensible thing to do is what no one dares doing currently: to organise one or a series of meetings in which an open discourse is started about homeopathy, one that considers data and the pro and con arguments.

I hereby want to clear up some common misconceptions.

1. Homeopathy does not kill. If anything kills, then it is either incompetent practitioners that don’t know enough about medicine, or it is badly practiced medicine. Side effects of conventional medications are the third most important and frequent cause of death nowadays [1]. To argue that homeopathy should be replaced by conventional treatments is to invite even more disaster than is already happening.

2. The argument that homeopathy is dangerous has already been employed, tried, and found wanting [2]. I looked through the arguments carefully, checking the references and especially another alleged case of death due to homeopathy: It turned out that it was a case of a patient with incurable cancer who, thanks to homeopathic treatment, lived a couple of years longer than it would have otherwise been expected, and finally died [3]. Not of homeopathy, but of cancer. This structure of argument – binding the death to the medicine instead of the illness – is well known and has been repeated many times in the social media and in the anti-homeopathy campaign.

3. The campaign against homeopathy is old. It started in its latest version after the European Association of Academies of Sciences published a damning statement, which is overstating the point. It is telling, that the lead authors are basic scientists that have no special clinical training or knowledge and do not argue from a data base, but from purely aprioristic points about the impossibility of homeopathy. Such arguments are usually plain silly. There are many instances in science where empirical phenomena and data have been around, which were impossible to understand for centuries. The same is true here. Here is a German language discussion with a link to the statement: https://www.homöopathie-forschung.info/2017/11/

4. Interestingly, shortly before the EASAC statement was published and shortly before the campaign began, a largely neglected but highly influential market report was conducted (which is not public; it costs several thousand USDs). It forecasted the world-wide growth of homeopathic sales worth 3.8 billion USD in 2015 to 17.5 Billion USD in 2024, which is a near fivefold increase. The growth itself is mainly driven, the report says, by developments in Germany, which is one of the most important countries of homeopathic production, research and practice. I believe this to be an interesting “coincidence”.

5. The most frequent argument used is that homeopathy is without effects. If repeated long enough, everyone believes it. Nevertheless, it is plain wrong. There is a series of meta-analyses that show that, across all of about 170 randomised placebo-controlled clinical trials that exist, there is an effect over and above placebo. The most frequently quoted meta-analysis of Shang and others [4] only used 8 out of all trials to calculate the analysis. This was never justified and plainly, there is no reason for it.

There is a sensitivity analysis that shows if more trials are included there is always an effect over and above placebo [5], which, unfortunately, is largely ignored. A completely unbiased anaesthesiologist from Sweden wanted to know the truth and looked up the literature and came to the surprising conclusion: you have to ignore more than 90% of all studies available to say homeopathy is ineffective [6]: https://www.karger.com/Article/FullText/355916. The same is true for the recently released French report. It is based on a very restricted set of studies. The Australian report that is often quoted is the second of its kind. The first one reached a positive conclusion and was ditched. Only through a freedom of information act court case was the first one released which showed: it came to a positive conclusion for a variety of diagnoses.

6. There is no known mechanism. This is true. And the data looks strange. Sometimes replication trials fail. Sometimes they don’t. Sometimes effects can be seen in placebo groups. So, scientifically speaking, the issue is far from settled. But rather than saying homeopathy is bullshit, it would be more honest and also more useful to say homeopathy is a scientific anomaly which needs further understanding.

7. In clinical practice homeopathy works very well, as documented by a series of cohort studies and a long experience of practitioners. It is safe, if used by knowledgeable doctors and practitioners. It has no long-term side effects, except for minor aggravations. The call to abolish it comes either from people who do not know enough about it or from people with clear ideological or economic interests. Is it wise to play a trumpet just because someone has put it in front of you?

8. It might be debatable, whether homeopathy should be part of public reimbursement schemes. But if that question is raised, it could be raised with the very same arguments and the very same database against a host of conventional pharmacological treatments that are much more dangerous, and have little or no effects in clinical trials. Most widely sold antiinflammatories, like paracetamol or ibuprofen, are only tested for their efficacy for very short periods of time. Yet they are the single drug group with a large number of deaths to their name, about 2.000 every year in the UK alone. [7]  This is, because they are prescribed and used widely over their known period of efficacy and their known field of applicability.

Widely used selective serotonin reuptake inhibitors, acclaimed as rational therapy for depression, have very marginal effects over placebo [8], which are smaller than widely accepted margins for clinical effectiveness. They are also dangerous in that they cause suicides and a host of other problems [9].

Would the same people who call for an abolishment of homeopathy be willing to apply the same criteria also to conventional treatments? In that case it is very likely that more than 50% of what is being practiced in general practice or surgery would have to go down the drain. Or is it a double standard that should be applied?

The only rational consequence is an informed (!), open (!!), and diligent (!!!) discourse, in a series of conferences that are unbiased. I am quite sure that the outcome would be that we do not understand homeopathy, but it does something important, only we don’t know how.